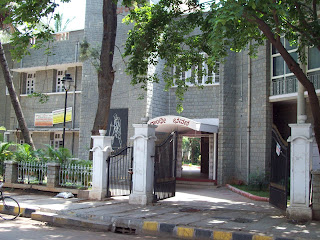 THE ORIGIN OF THE NIDHI

On 30th January 1948 the father of free India who led us from slavery to freedom through non violence fell a victim to an assassins’s bullets. The nation reeled in agony when the light hat illumined for decades over the destinies of India went out. The great galaxy of national leaders took a decision to create National Trust in his memory to be called Gandhi Smarak Nidhi. They sent out an appeal to the Nation to Contribute their might to the fund. The main purposes of the fund was to further the manifold constrictive activities in which Gandhiji was interested, and to preserve and propagate his teachings. Ten million people contributed Rs.10 crores 98 lakhs 29 thousand one hundred six rupees and ninety five paise ( Rs 10,98,106-95). The Karnataka provincial committee consisting of the four districts of the them Bombay province-Dharwar, Belgum, Bijapur and Karwar collected Rs. 13,01,890 and the former Mysore state contributed Rs. 23,40,540-00. In February 1949 the Trust was registered with 24 eminent political Social and Industrial leaders of the country as founder Trustees.

Lectures and Seminars:
Lectures, Seminars and Conference are organized as regular programmes in joint collaboration of GPF and KGSN. The Gandhi Bhavan building is now extended to house khadi and village industries institution under an agreement with the Karnataka khadi gramodyoga Samyukta sangha (Federation) and with the cooperation of the khadi and V.I. Commission Activities at Gandhi Bhavan. Gandhi Bhavan has instituted the following awards. a) The best book published in kannada during that year relating to Gandhi, Vinoba or National importance awarded a cash prize of Rs. 2000/- b) A senior Gandhian or sarvodaya worker is honoured every year, C) There are various endowments in the name of Eminent people and freedom fighters like

In addition, Gandhian literature is made available to school and colleges in rural areas during the meeting of the Gandhi Smaraka Nidhi and GPF  insuch rural areas  It is proposed to bring the message Gandhi and Vinoba to school children by instituting an essay/debate competition in school and colleges. The committee meeting are held frequently all over the state. The schools and colleges in the neighborhood are visited and Gandhian thinking is introduced to the children.

Objectives:
The Trust deed laid down that income and also the corpus shall be used for conduct and promotion of the manifold constructive activities with which Mahatma Gandhi was associated and any other activities in furtherance of his ideals. From 1952 to 1959 the work of the Nidhi was conducted from Delhi. Various specialized organizations for carrying on work in exclusive fields of constructive work were set up. Later in 1962-63 separate state Bodies were established and registered as a State Gandhi Smarak Nidhi. The Corpus of the trust collected by each state and interests accruing on its investments, both central and state continued to remain in the custody of holding trustees in New Delhi.

THE BHOODAN & GRAMADAN MOVEMENTS
1951 saw the birth of New phase in the Gandhian constructive movement under the inspiring leadership of Acharya Vinoba Bhave. The attention of the entire nation was drawn towards the problem of agricultural development and its redistribution so as to make the tiller of the soil the master of land. The Bhoodan movement and the padayatra of Vinobaji covering over six thousand villages and forty thousand miles on foot extending over a period of 14 years from 1951 to 1965 touching every state of the nation gave an unprecedented drive for a new social economic order, Sarvodaya beacon light for all development in the Gram Seva Centre. Over ten thousand workers of all constructive institutes-initiated by Gandhiji during the freedom struggle merged together. The Gandhi Smarak Nidhi Contributed its might to the movements in terms off workers, finance and organizational support.

PUBLICATION
The Publication of the Gandhiji’s writings in various Indian languages was a major preoccupation of Nidhi centres in various states.

THE GANDHI CENTENARY AND AFTER
After the centenary year all the units from the village level to the state level were completely decentralised. Except for the skeletal staff at National and state level all field workers and aided institution were disbanded and local units registered to further their activities. The executive committee of the Nidhi met in 1970 and defined the new role of the Gandhi Smarak Nidhi. (1). to act as an information centre of Gandhian work in India. (2) to foster together and ideological study among workers and (3) To act as a common forum for exchange of experiences and arriving at common programmes of action.

KARNATAKA GANDHI SMARAK NIDHI
From 1948 to 1956 there were two units of the Gandhi Smarak Nidhi one called Karnataka unit at Hubli and the other Mysore state unit at Bangalore. After integration of all Kannada districts into one state in 1956 the two units were merged and state Board was nominated by the National Executive of the Nidhi.

GRAMASEVA 1948 AND 1956
In accordance with the objectives of the Nidhi at National level the State Board launched a number of major activities. The Major trust was on the Gandhian way of Samagra Gram Seva. All other programmes were for strengthening the ideology of Sarvodaya as the basis of every one of the activities.

NATURE CURE AND LEPROSY WORK:
Two Training camps at Mysore and another at Bangalore were organized for popular education in Nature cure. Over 100 enthusiasts attended the one month-long training camps. Several of them have furthered this knowledge by studying more about Naturopathy and practicing in small centres. The state Nature cure association was started with justice Nittor Srinivasa Rao as Chairman and was located at Gandhi Sahitya Sangha Malleswaram. The association is now one of the major institutions furthering the cause of Naturopathy in the state..

GANDHI BHAVAN BANGALORE
The Karnataka Gandhi Smaraka Nidhi was registered as an autonomous state body for furthering the objective of perpetuating the memory and message of Gandhiji to coming generation. If planned to have an appropriate building to house the state headquarters permanently. The Government of Karnataka graciously granted a suitable site in kumara park adjacent to kumara krupa Guest House where way back in 1927 Gandhiji stayed during his visit to the old Mysore state as the honored guest of the state. The land granted by the Government was shared by the Sarva Seva Sangh and the Gandhi Smaraka Nidhi on a long lease of 30 years. In 1988 Government granted the land permanently to Nidhi. The Gandhi Bhavan was planned to provide for all activities of the Nidhi and was built at a cost of Rs.3.80 lacs including the picture gallery costing over Rs. 55.000/-. It was inaugurated by Dr. S. Radhakrishnan the president of India on 8th December 1965. The spacious stone building with its artistic panels of engraved figure of Mahathmaji on two outer walls, with a magnificent lecture hall with a plaster plaque of Gandhiji, a beautiful picture gallery and office halls, stands with an unique architectural beauty of its own. From time to time the Gandhi Bhavan has housed within its premises various Gandhian constructive institution such as Karnataka Sarvodaya Mandal, the Sarvodaya Sahithya samithi, the Harijan Sevak Sangha. Gandhi Peace Foundation and Institute of parliamentary affairs.

(1)      Mahatma Gandhi Memorial Library
The integral departments of the Karnataka Gandhi smaraka Nidhi at Gandhi Bhavan are Mahatma Gandhiji Memorial Library with over 10,000 books of Gandhi and Sarvodaya Literature in kannada, English and Hindi. This is biggest reference library in the state for Gandhian thought.

(2)     Publications Section:
(Gandhiyana Publishing House) Publication section which was instituted in 1956 and which has published over 50 titles in kannada most of them being edited and translated writings of Gandhiji himself. Reprints of popular titles like autobiography, Geeta according to Gandhi, Basic Education. Hind swarj, Guide to health are constantly being brought out. New titles are also being added. Recently kannada edition of selected works of mahatma Gandhi published by Navajivan Trust Ahmedabad was added to our publications.Currently monthly journal GANDHIYANA in Kannada is in circulation

(3)     Unit for Audio Visual Education:
Unit for audio visual education and examination on the life and message of mahatma Gandhi for schools and the public, video cassettes and records are available for students & Public.
(4)     Vallabh Niketan
One of the six ashrams of Acharya Vinoba Bhave, running an orphanage, an oldage home Karnataka Sarvoday Mandal and other constructive programs.It is managed by Vishwaneedam Trust.